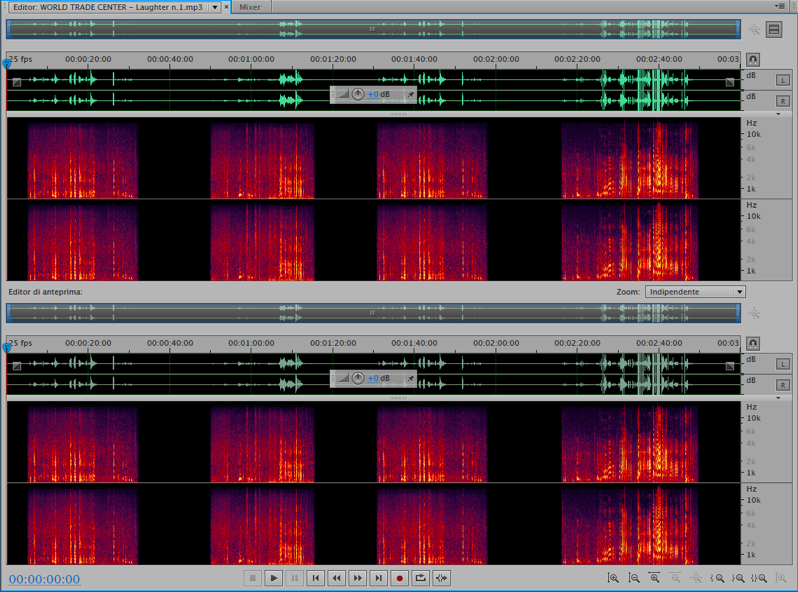 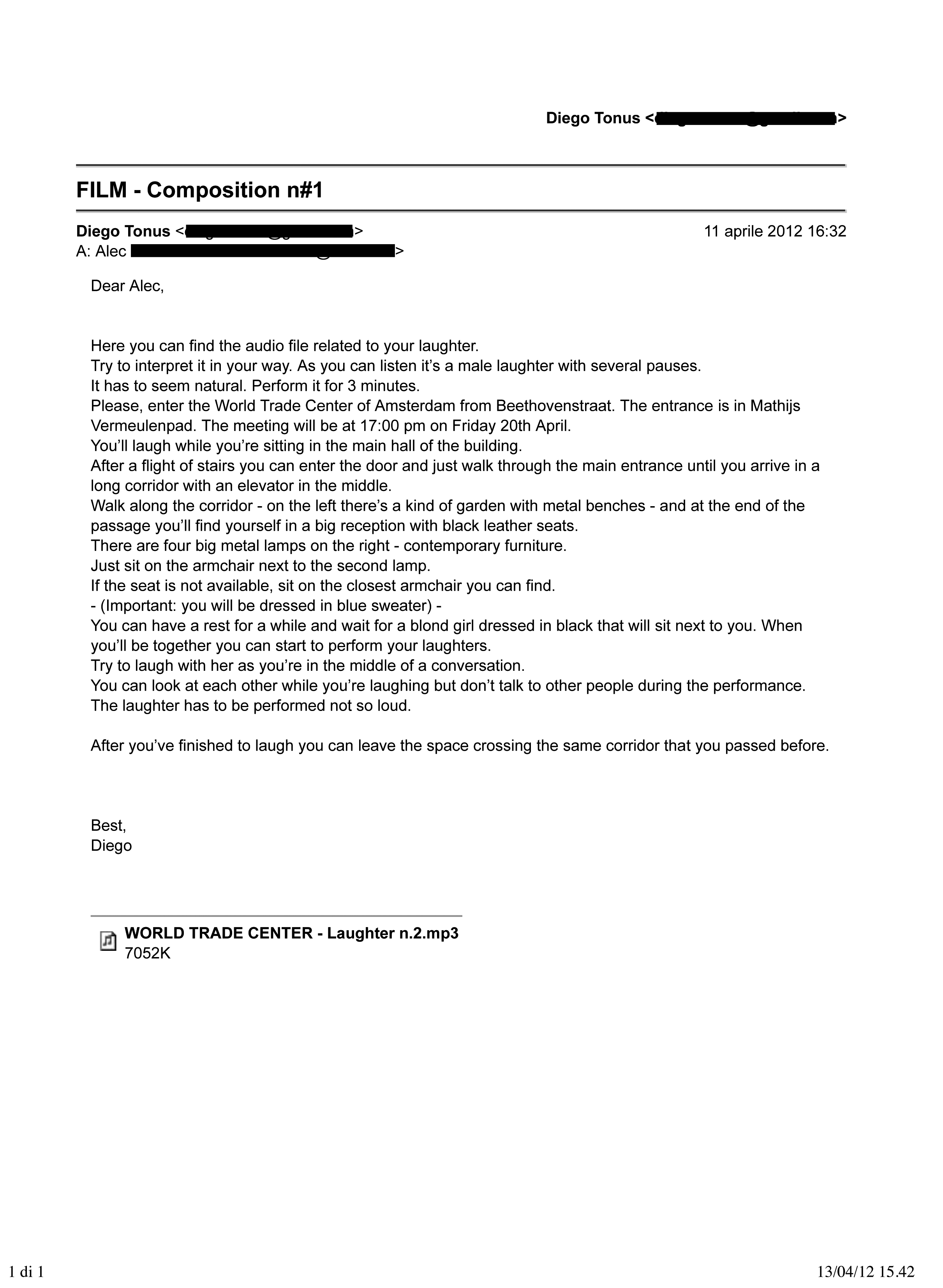 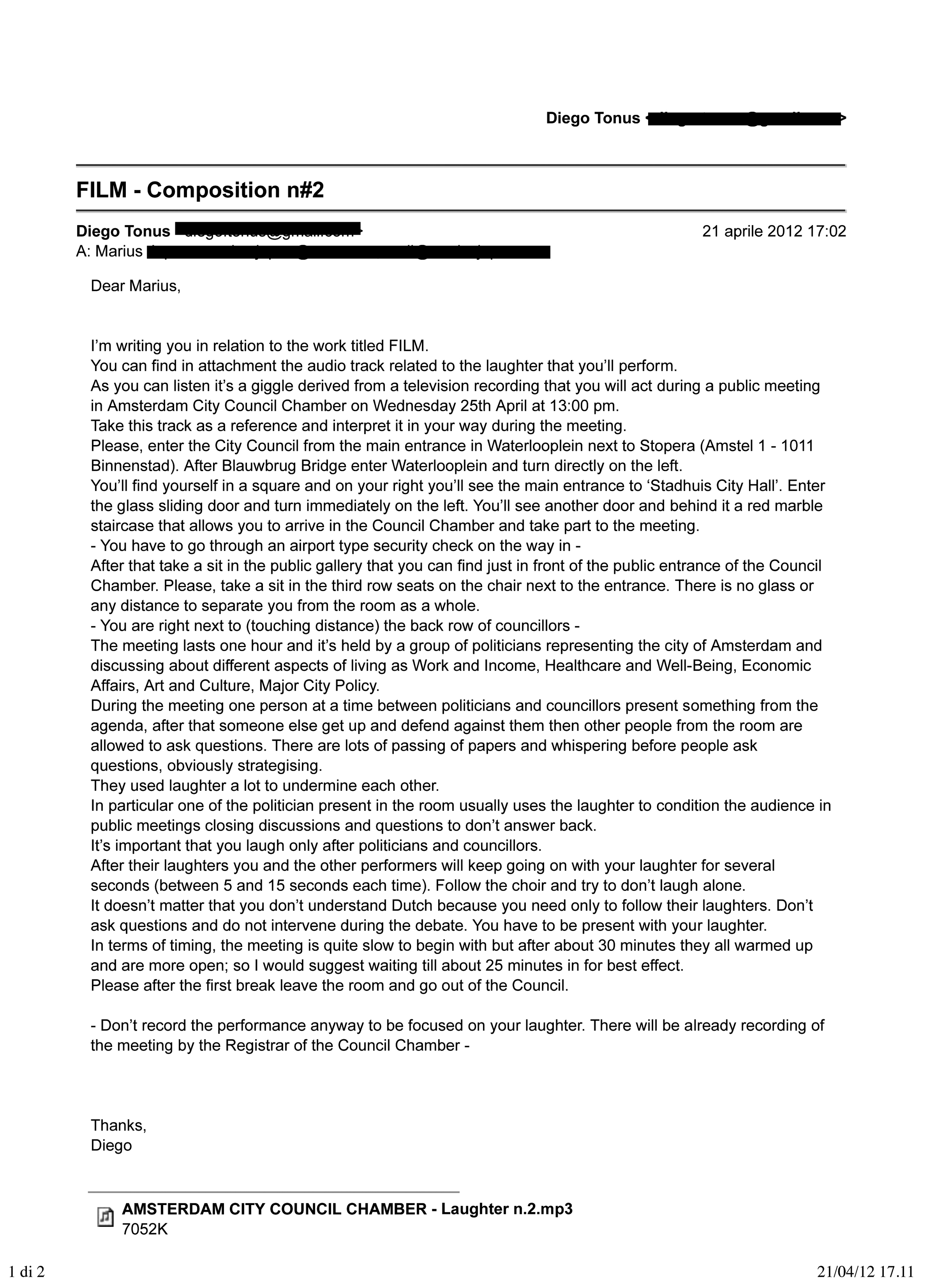 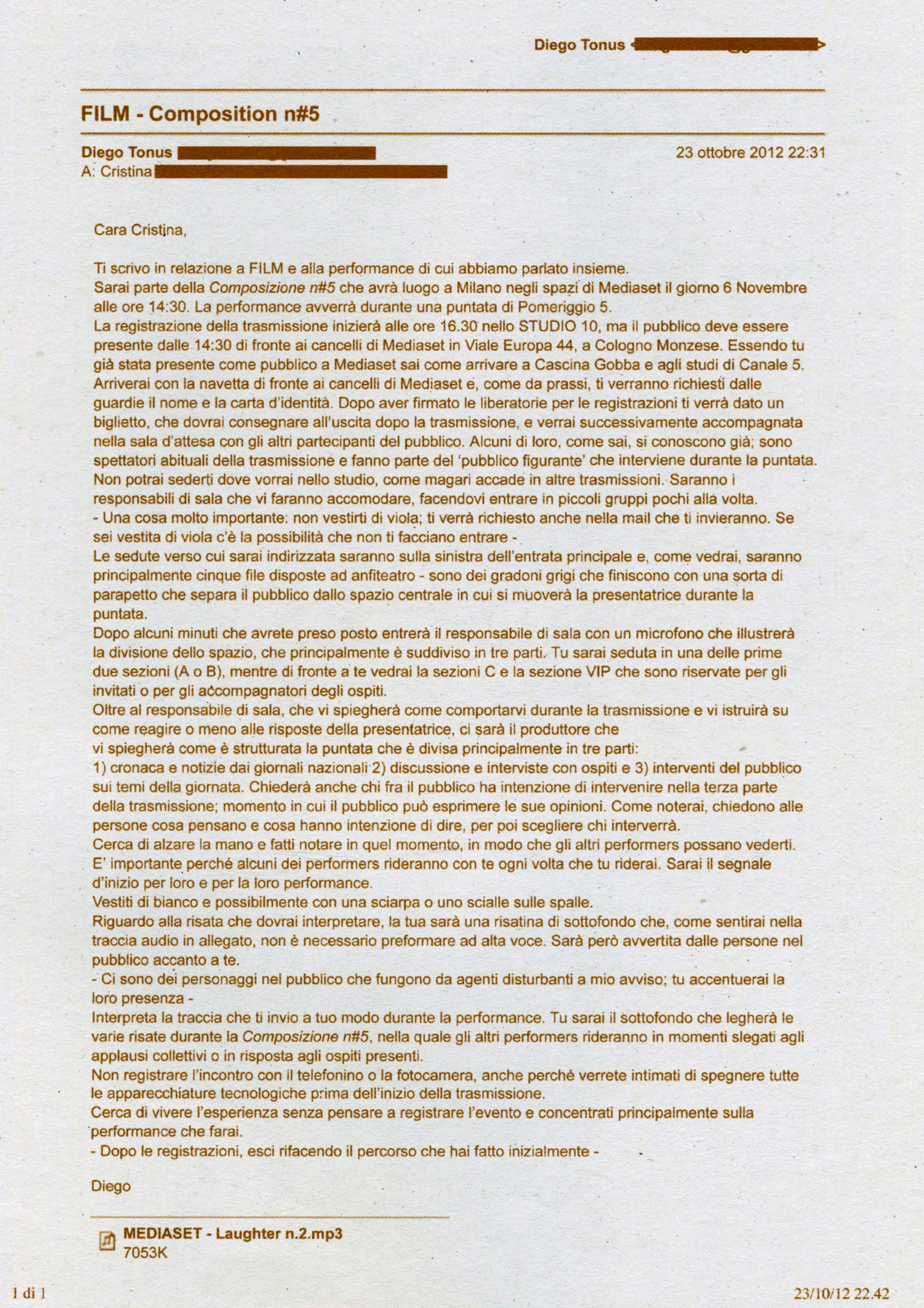 Selected E-mail sent to one of the performers of Composition n#5 that happened in the television audience of Mediaset, Milan (IT).
Published for GAM in Fuoriclasse, Kaleidoscope Press. Milan, 2012

Groups of non-professional performers enter public or private spaces, acting out laughter tracks that I have put together drawing on movies, television, online and amateur recordings. Acting as director and composer, I give each actor in the work instructions about the laughter they will perform along with stage directions on the position to adopt in public or private spaces. Each performer will only be aware of their own individual instructions, as the composition takes shape and is experienced both by performers and the audience alike for the first time during the action itself. In FILM, the fluctuating group of performers will move throughout the city, performing the compositions in visible and non-visible ways, depending on the type of instructions. The off-screen laughing choir from cinema and television here takes centre stage as the subject of the work, their laughter not only acting as a backing track to the unfolding scenarios but directly affecting them. The gesture of bringing the recorded element of laughter into everyday life, like a fragment of a film that comes back to reality, here taints everyday actions in a real-life context, producing a cinematographic experience in time and space. FILM is a fragmented scene of which the main subject is laughter, one that is at the same time ironic, tremendous, terrifying and aggressive. It’s an irreverent and conditioning form of power that may be used as a moment of interruption to question other forms of power.