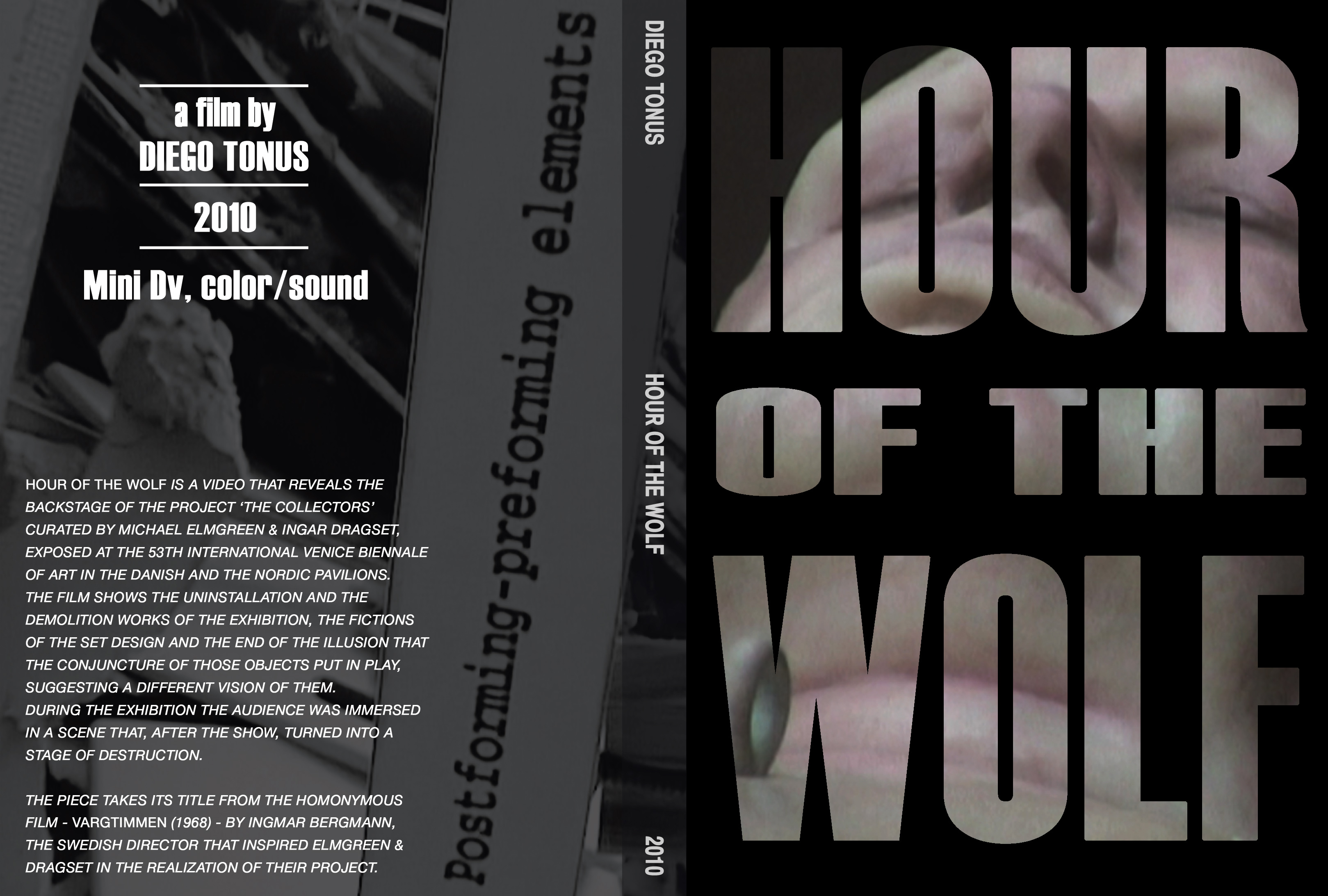 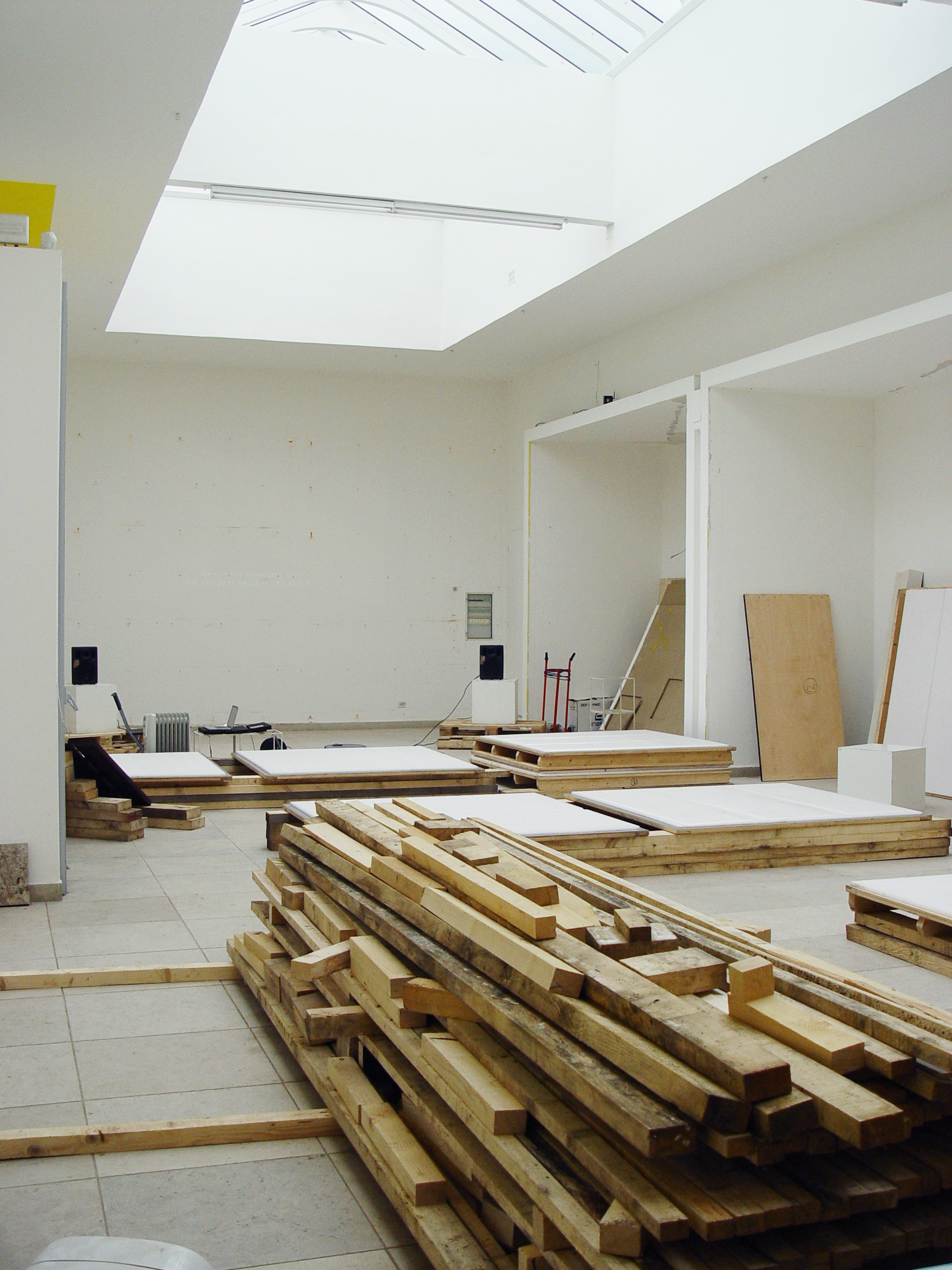 Danish Pavilion – Giardini Biennale, Venice
View of the projection room.
The installation was made up of elements from transportation boxes used to transport the artworks exposed at Danish and Nordic Pavilions during the 53rd Venice Biennale of Visual Arts. Visitors were invited to sit on those elements during the projection.

View of the projection room (Seats) 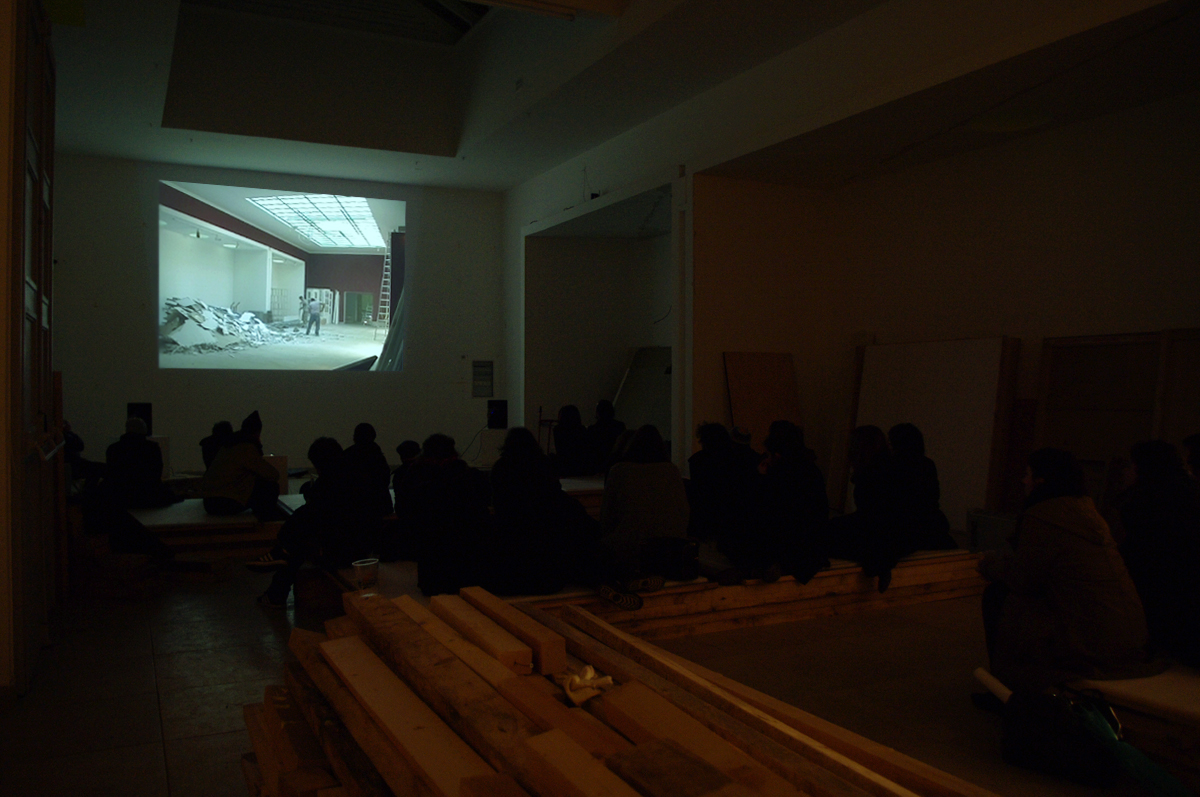 Hour of the Wolf is a film featuring the backstage of  ‘The Collectors’, a project curated by Michael Elmgreen & Ingar Dragset for the Danish and Nordic Pavilions at the 53rd International Venice Biennale of Art. The video shows the exhibition’s dismantling and demolition, the fictional dimension of the set design as well as the collapse of the illusion created by the stage objects, which here appear under a new light. As may be seen in this film, shot after the Biennale show, the scene in which the audience was immersed during the exhibition then turns into a stage of destruction. The piece takes its title from the eponymous film Vargtimmen (1968) by Ingmar Bergmann, the Swedish director who inspired Elmgreen & Dragset to produce their project.