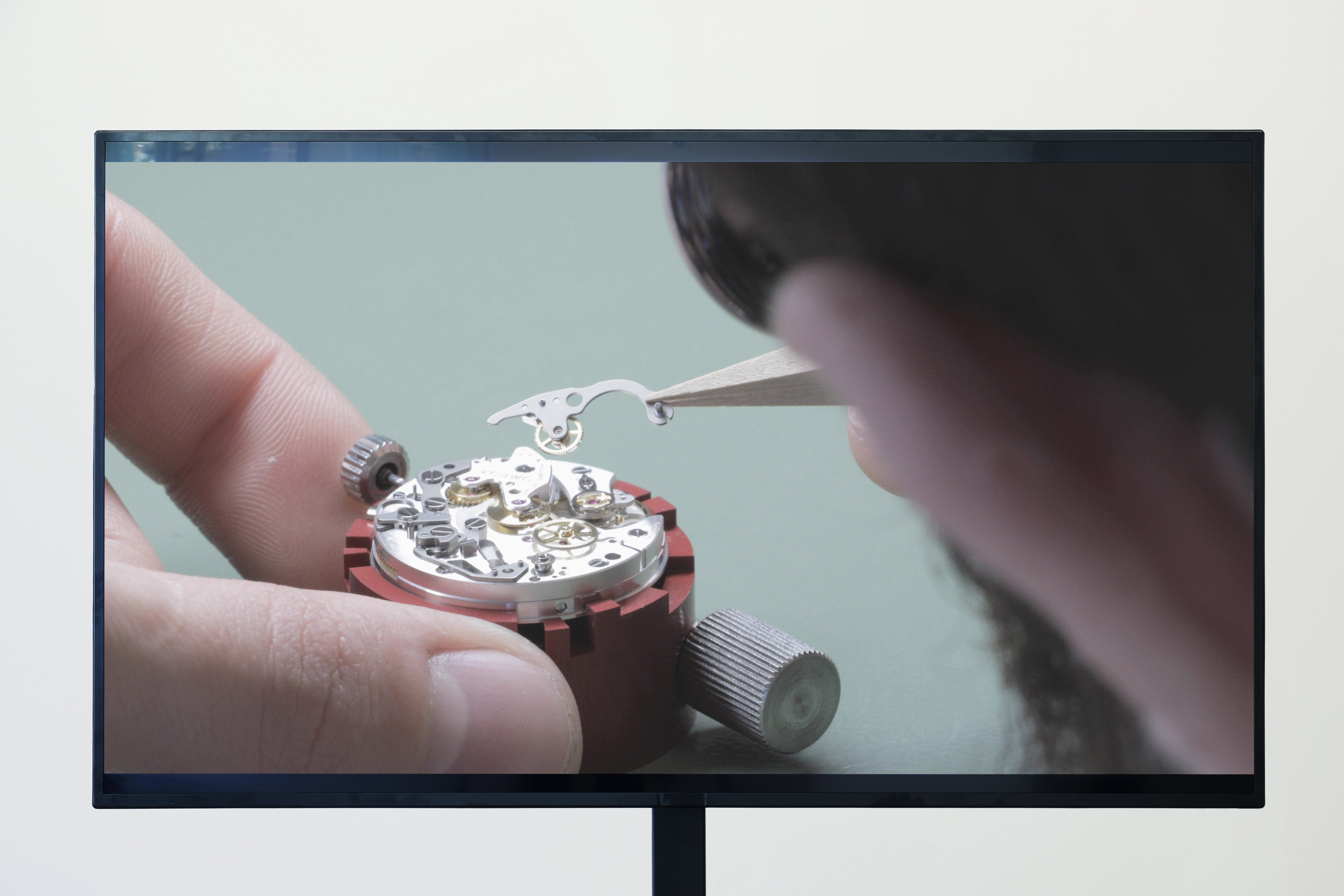 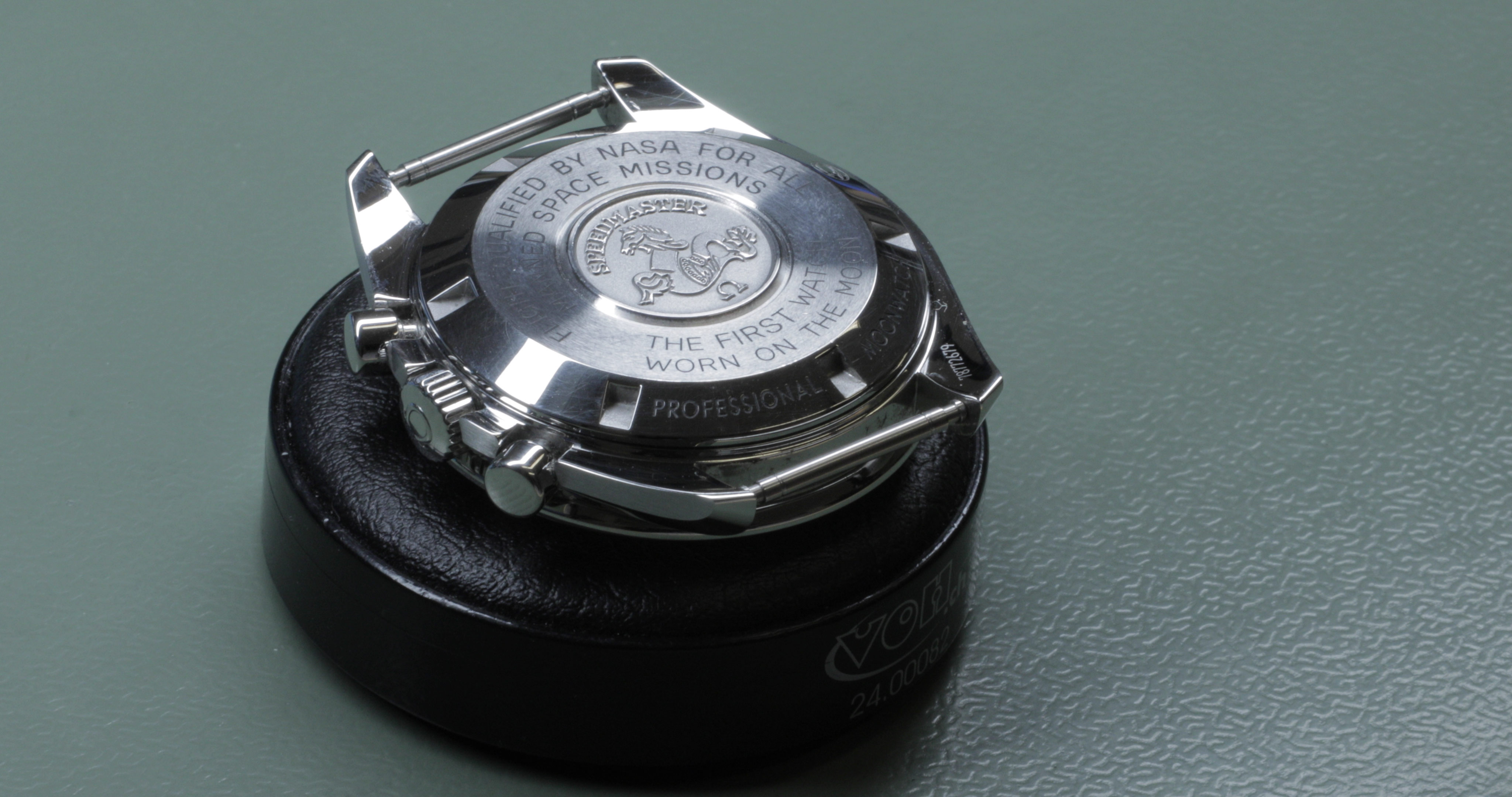 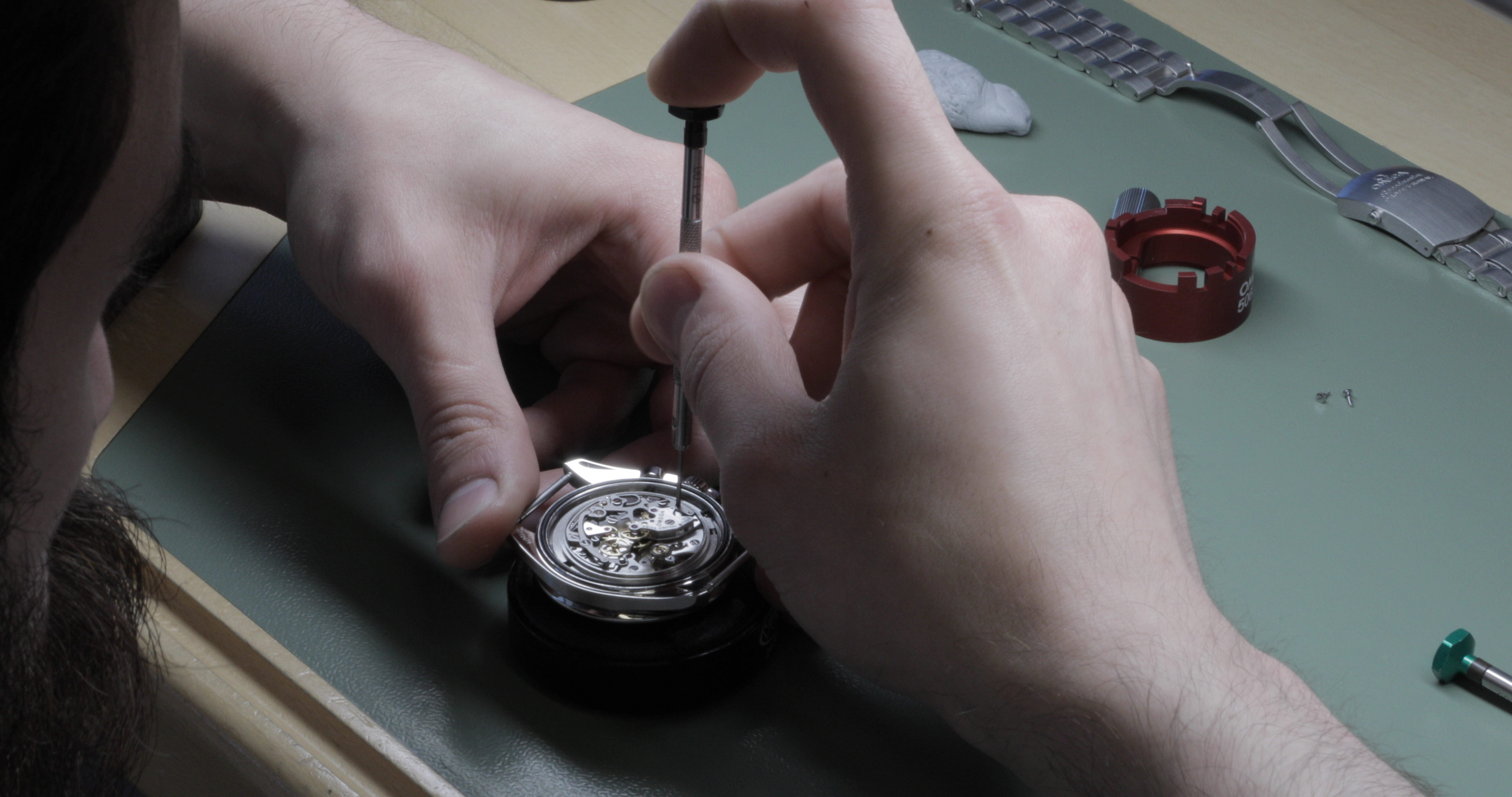 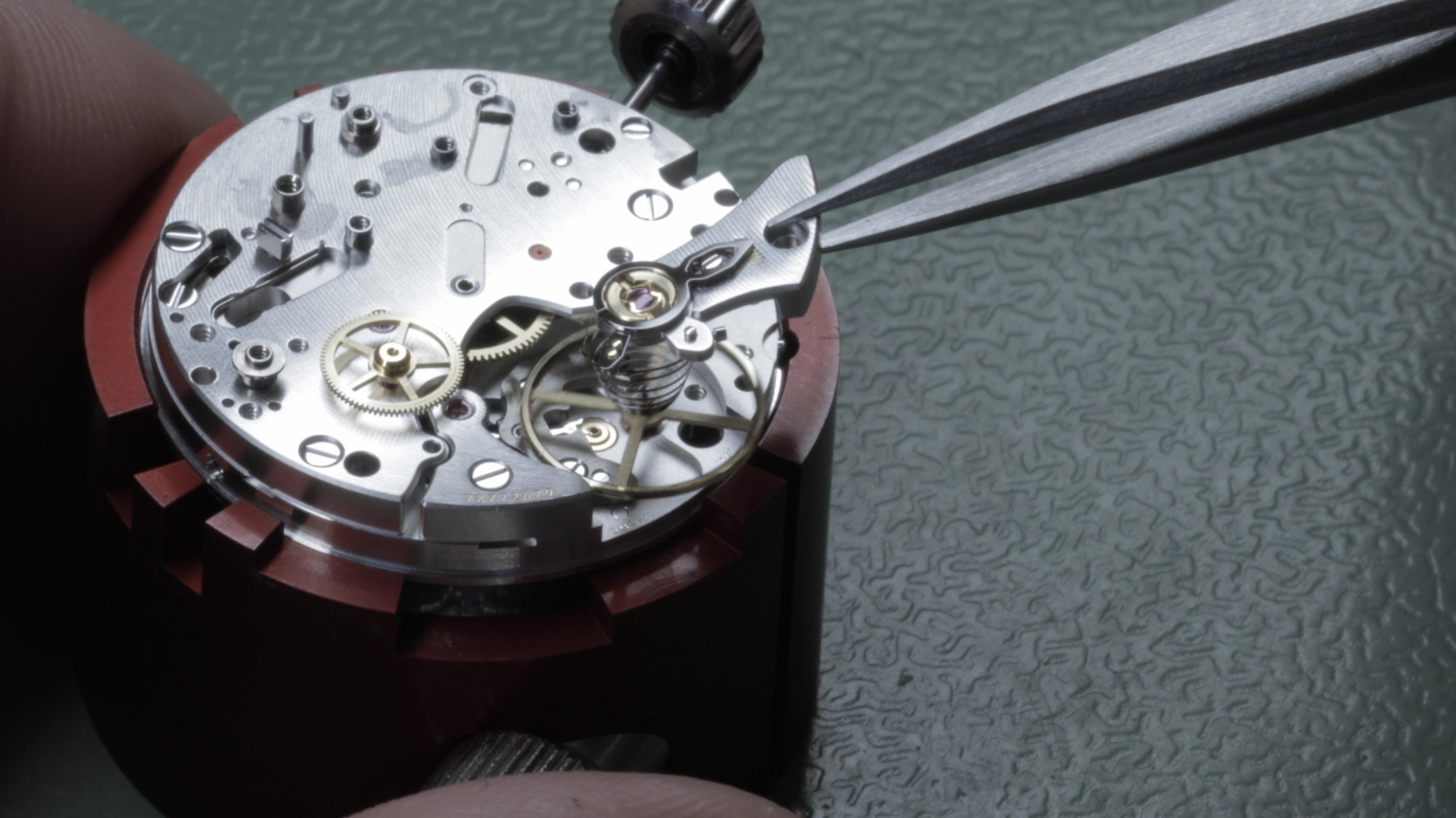 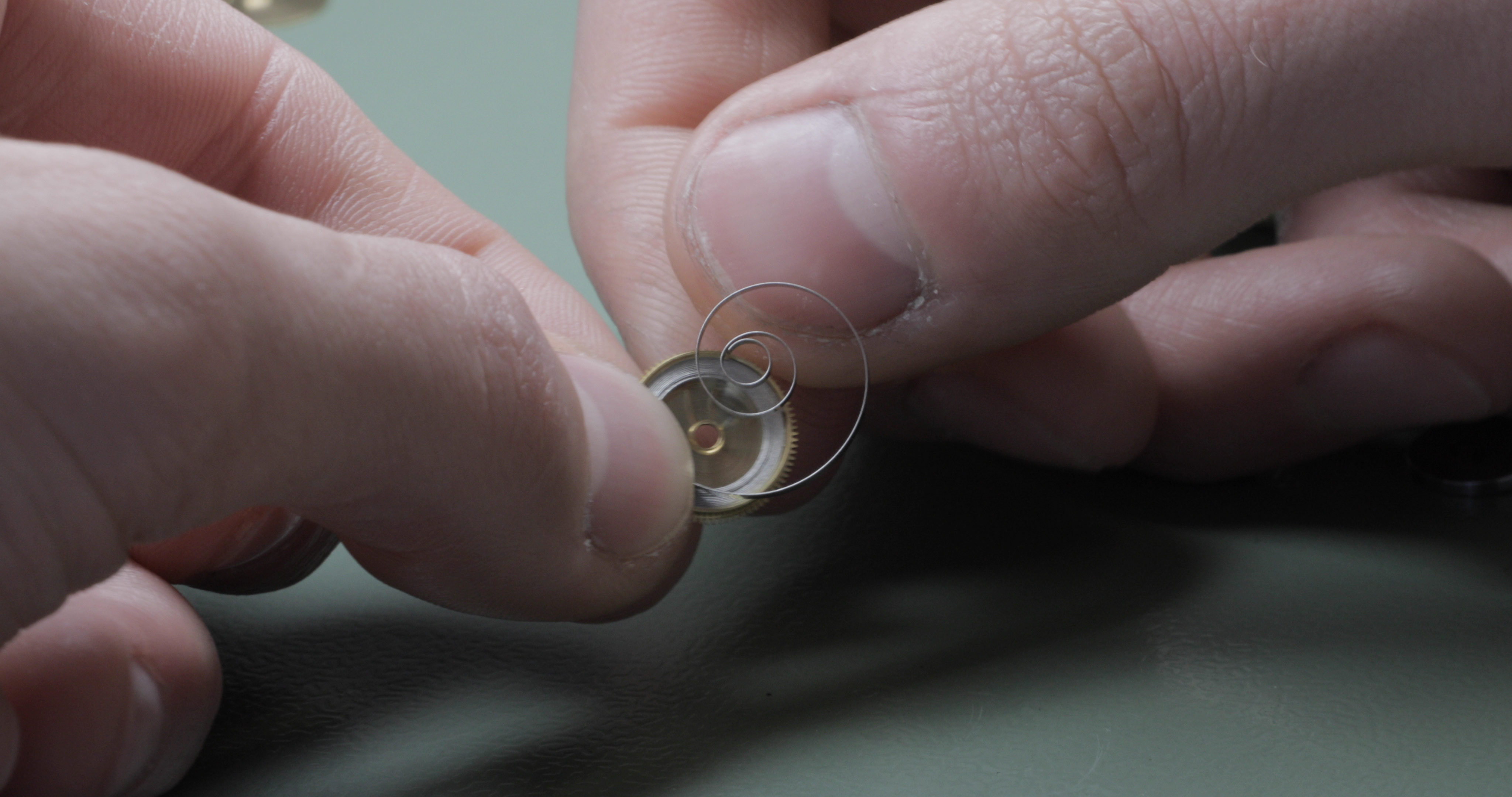 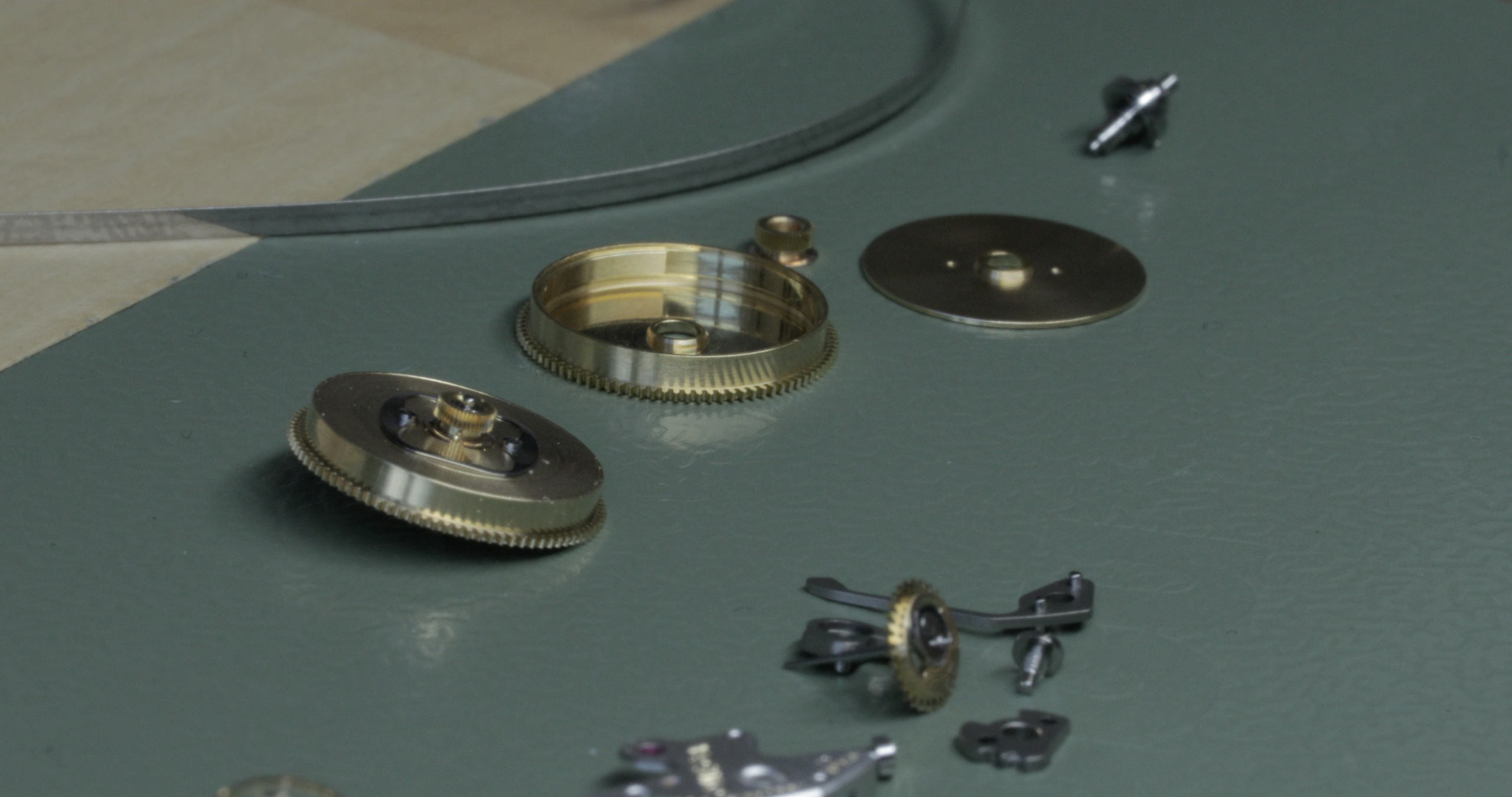 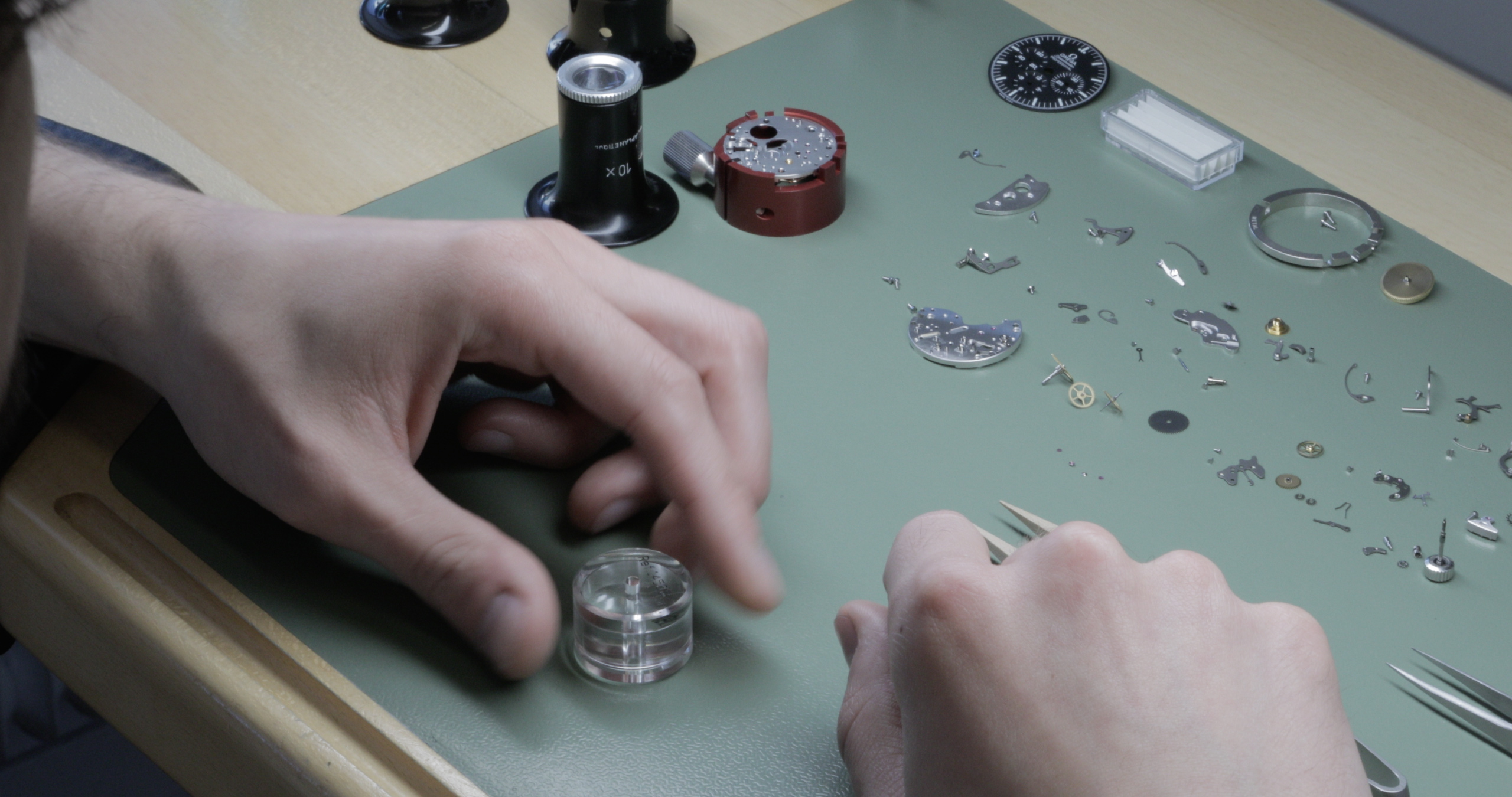 Diego Tonus and Anonymous
Timepiece
4K Film (Colour/No Sound), documents of the Benelux Office for Intellectual Property
44′ (Loop)
2019
Cinematography by Giulio Squillacciotti
Film made in collaboration with the Hubert Van Eyck, Maastricht
With the support of Leon Martens workshops in Maastricht
Courtesy MAMbo Museum Bologna (Permanent Collection) and the Artist

Timepiece is a silent film documenting the disassembly and hand-mounting of the mechanics of an original Omega Speedmaster Moonwatch Professional Cal. 1861 wristwatch, a timepiece that actually entered space during the first NASA expedition to the moon. It shows the process of taking the watch apart, unveiling its iconic mechanics, and subsequently the replacement of its original barrel and mainspring with a duplicate. This silent film contributes to a discussion about the importance of time and the proposed necessity to create memorable events in our present-day economy. What influence does this have on the creation of value, for example in case of this timepiece and its relation to the 1969 Apollo 11 moon landing? What does a business model like that reveal, and how does it suit the counterfeiter? Moreover, what would be an appropriate ‘counter’: when the authentic parts of luxury watches are smuggled inside fake watches in order to subsequently reassemble these to make up complete originals again?

Timepiece is part of Fragments of a Conversation with a Counterfeiter. The project contributes to a discussion about the transformation and transportation of value, questioning the valorization of time and space in time of crisis. The series of new works derives from an assumed conversation between Diego Tonus and a forger (anonymous for practical reasons) revealing controversial thoughts related to contemporary systems that deal with the definition of value. Each artwork is the visual translation by the artist of this conversation manifested through the act of presenting objects, actions and words experienced by the forger within his practice of reproduction of value and ways of transporting it, hacking system of controls and dealing with the definition of individuality. Each artwork is presented in co-authorship with the forger. Tonus approaches the thoughts of the counterfeiter as if they were his intellectual property, questioning the ‘counter’ of counterfeiting and appropriating his ideas.

In order to share the appropriated forger’s ideas with the international audience, to activate and perform them, the artist has registered the works as trade secrets at the Benelux Office for Intellectual Property. The validity of the trade secret is international and lasts 10 years.

Realized thanks to the support of Italian Council (2018), Directorate-General for Contemporary Creativity of the Italian Ministry of Culture.