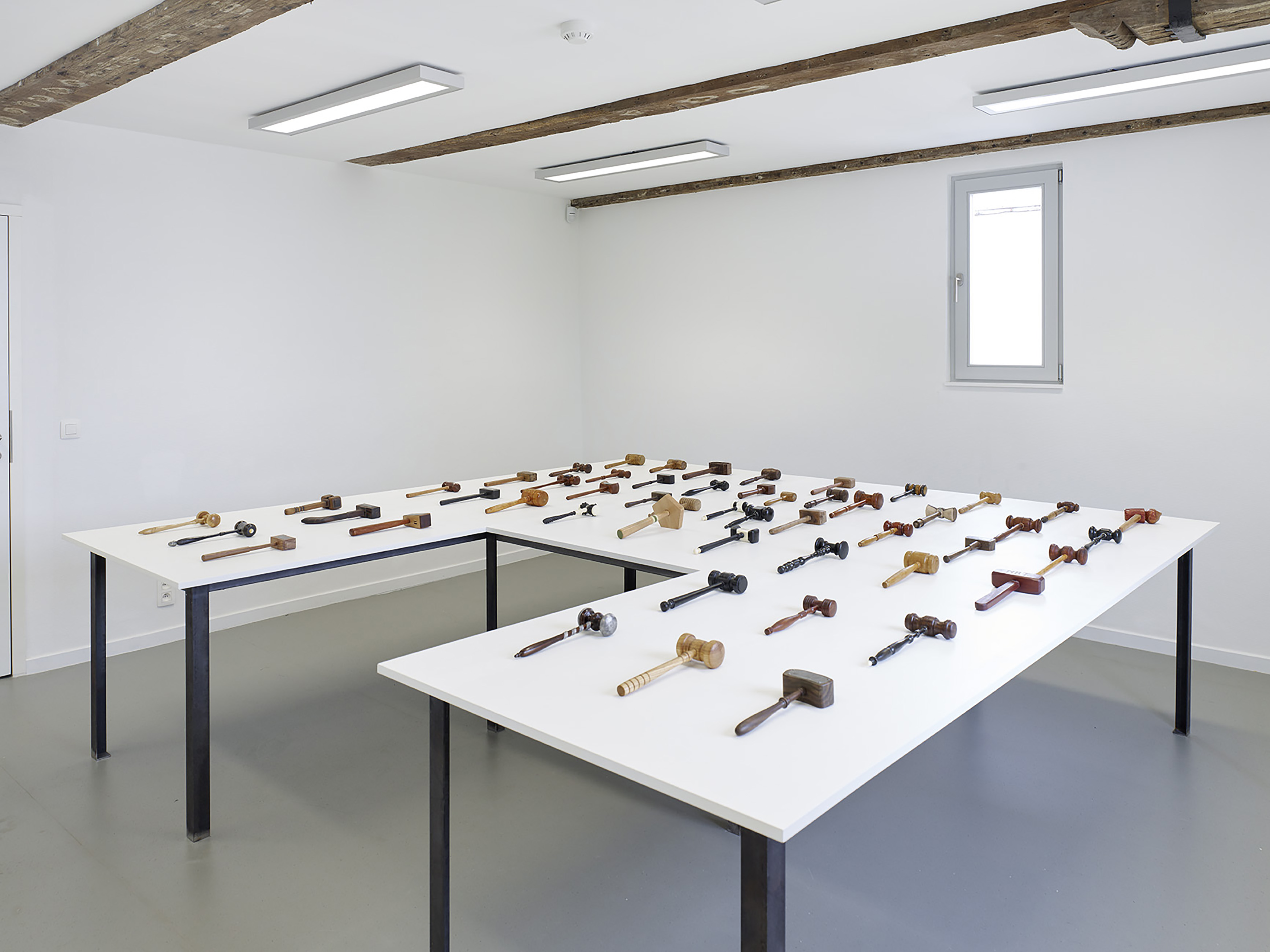 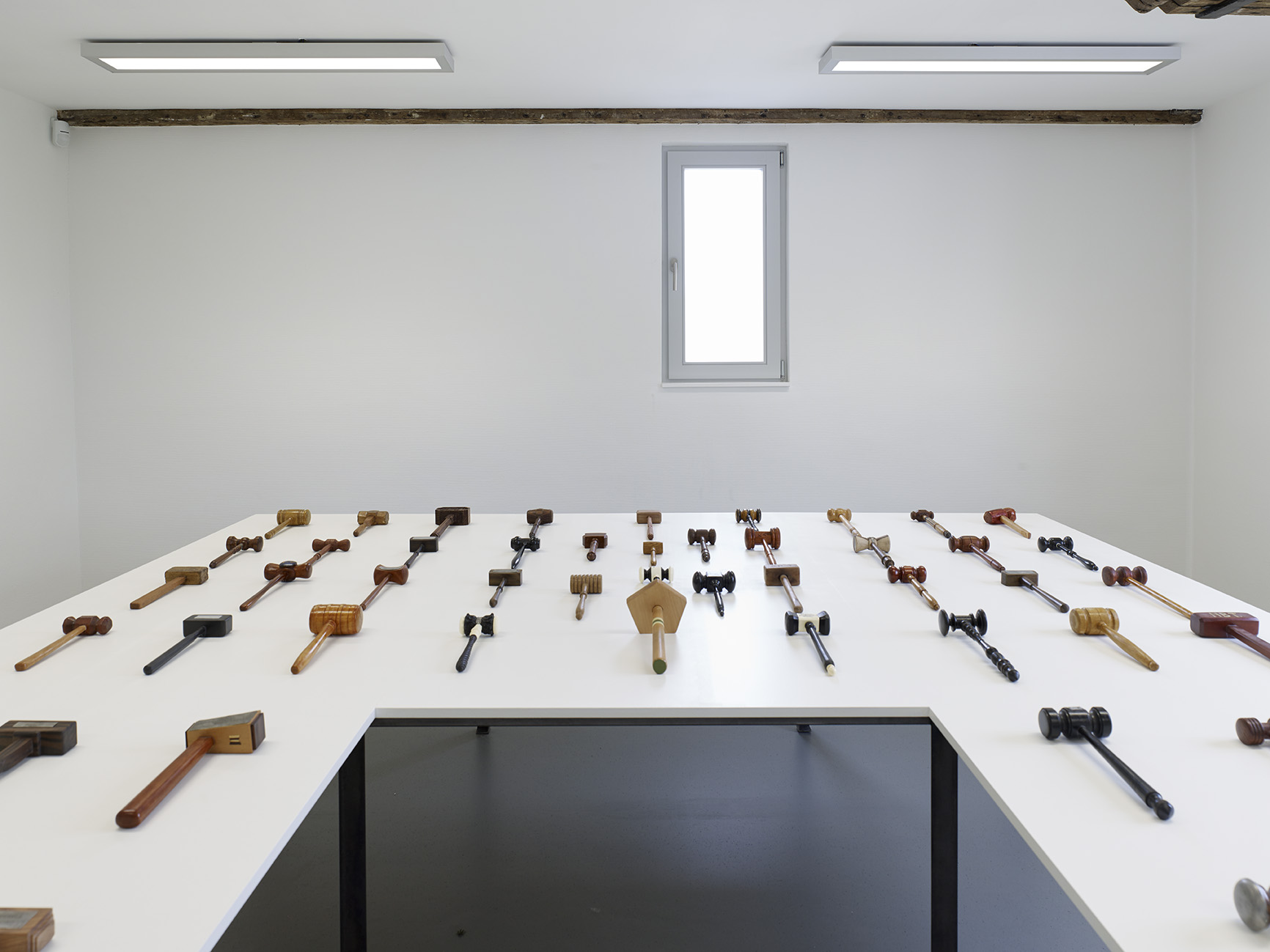 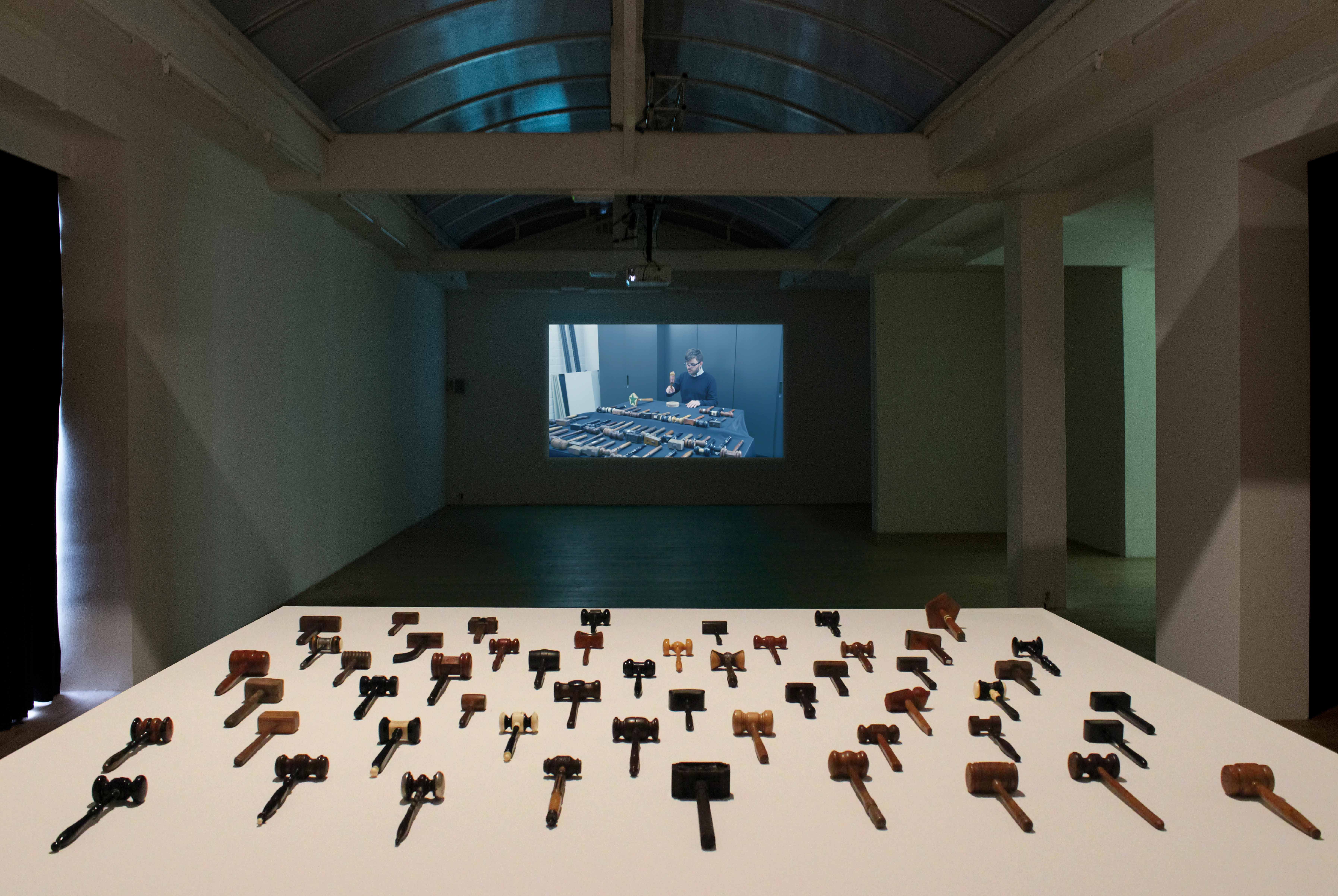 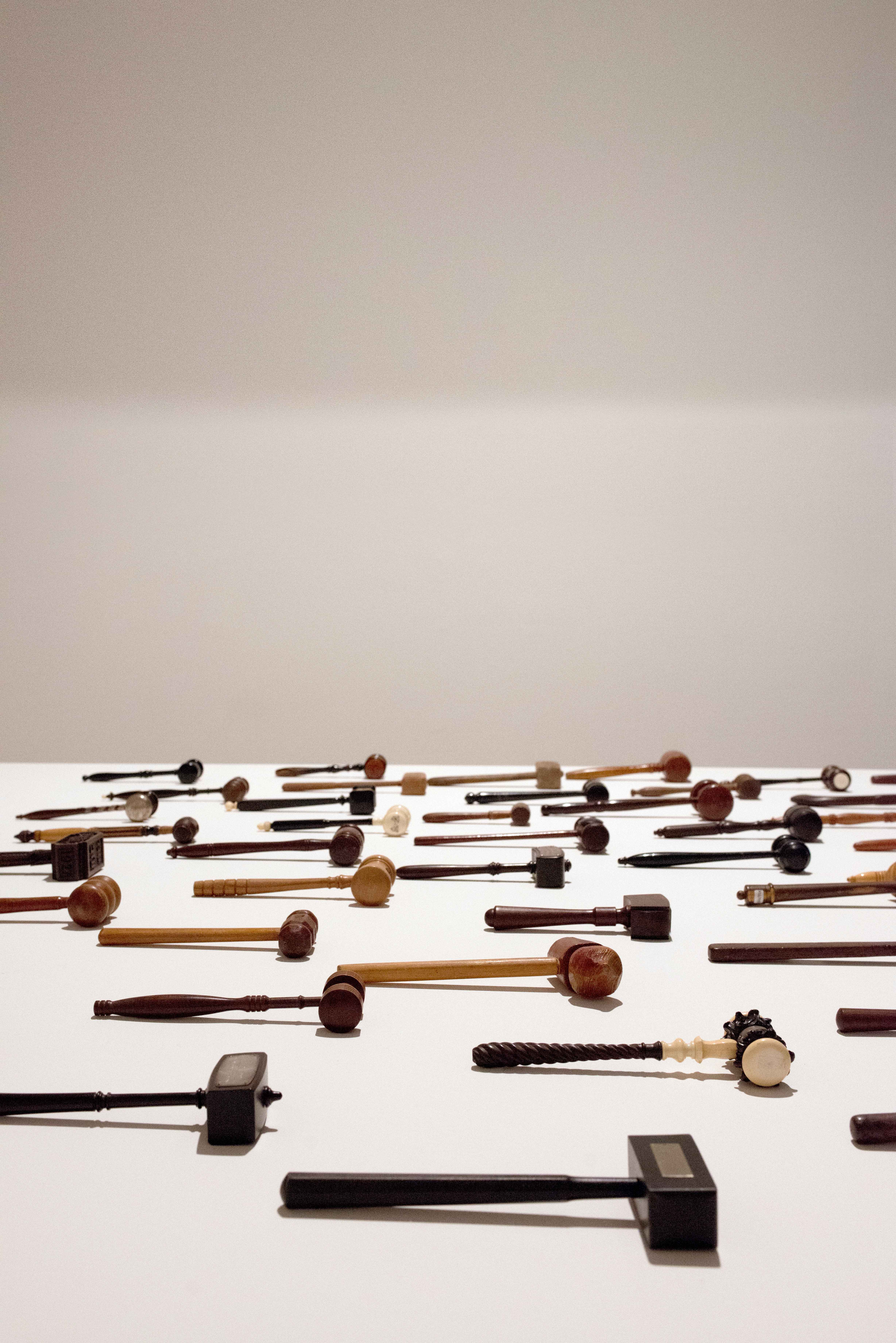 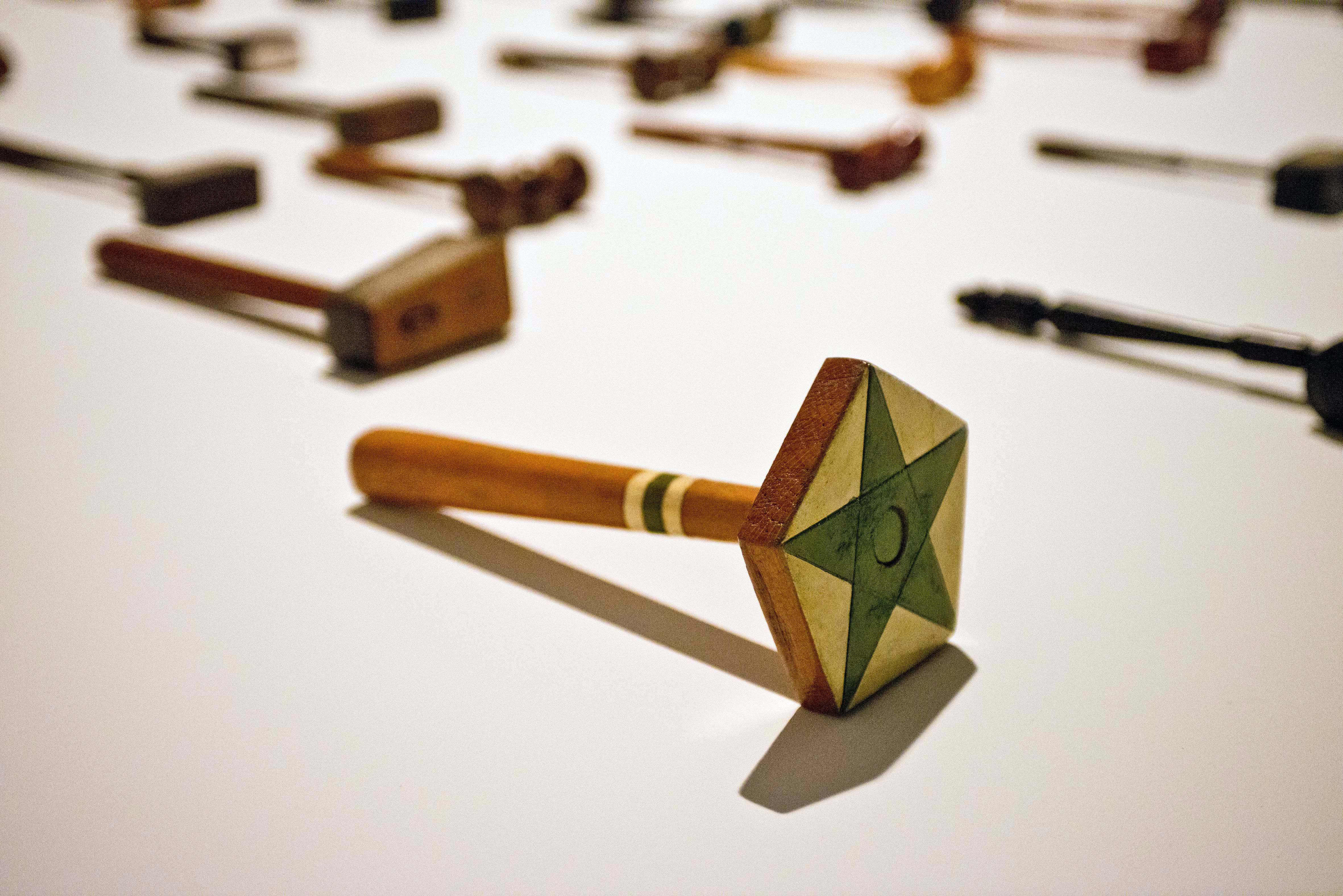 Processing Authorities evolves around an anonymous and singular group of gavels owned by the International Institute of Social History (IISH) in Amsterdam. These gavels belonged to chairmen and heads of commissions of revolutionary and emancipatory movements from Europe – labour movements, propaganda actions, agricultural organizations, religious groups, anti-alcoholism commissions, Esperanto movements, sport associations, feminist movements to name some of them. They were accidentally grouped over the years by the Institute, without full knowledge of their histories and derivations. In the attempt to show them for the first time to the public as a collection, the artist has made accurate replicas of the original objects, creating ‘new originals’ thought as a collection of voices ready to be thought, seen and discussed again in their paradoxical aspects of decision-making and visual representation of authorities – even in their silence.