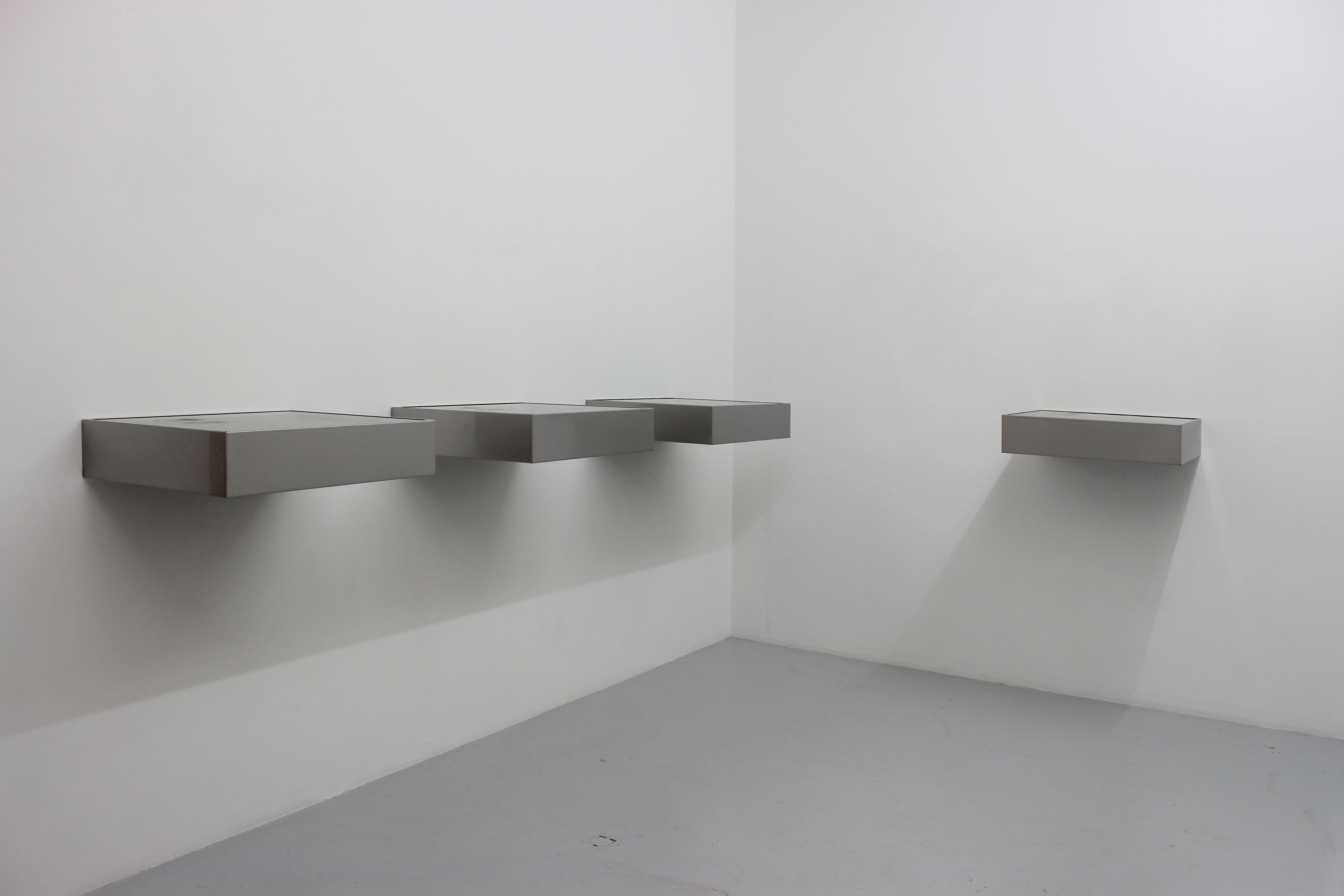 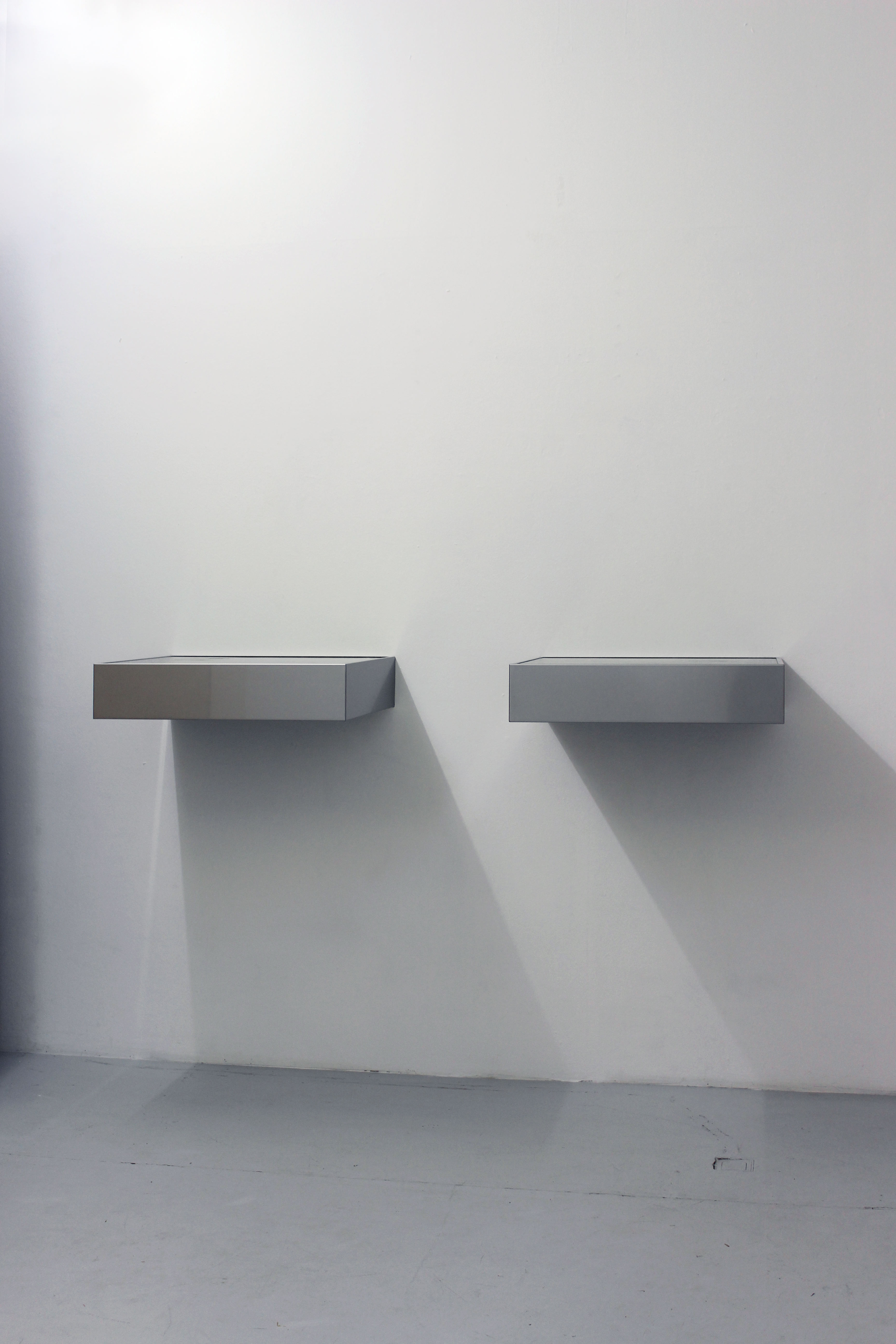 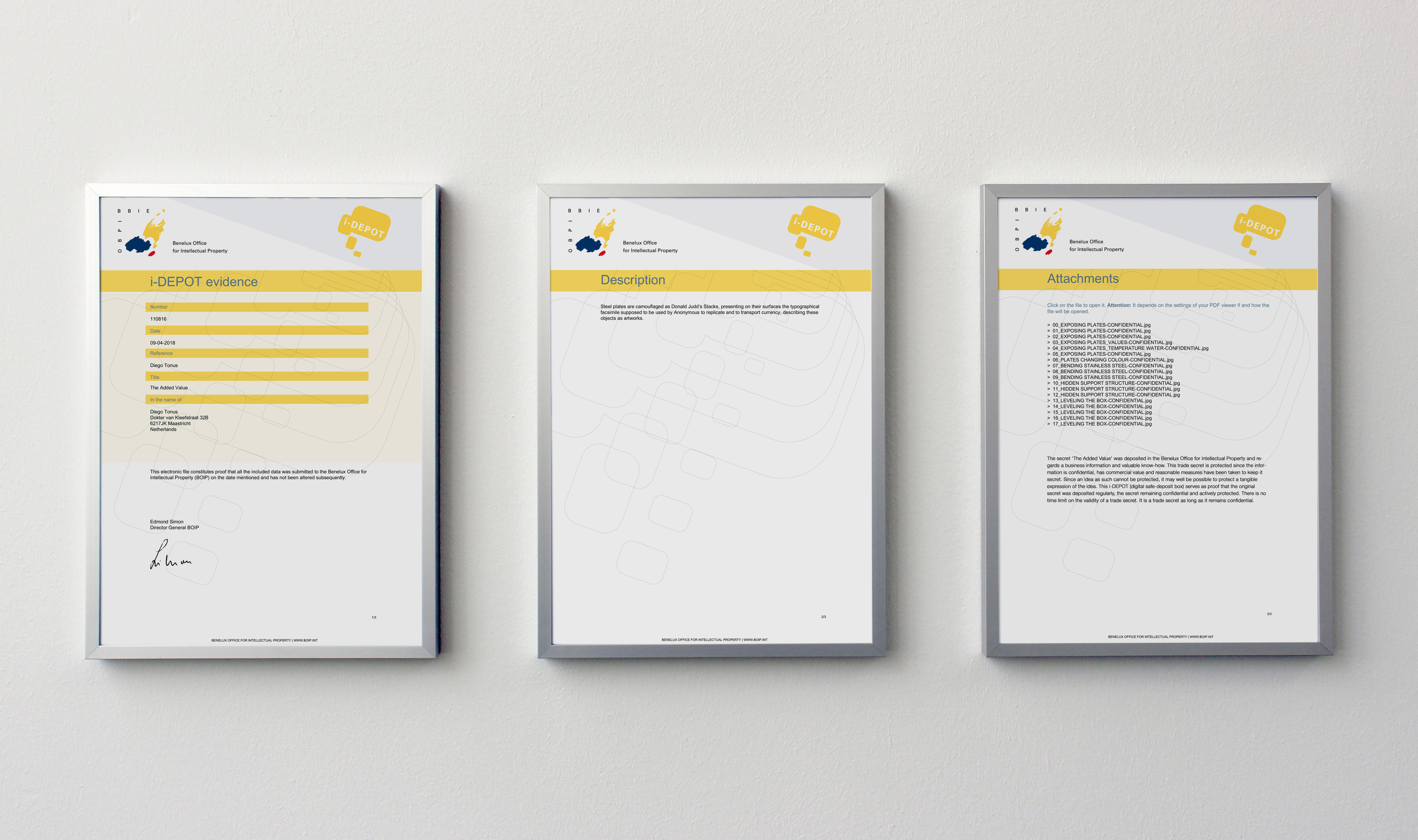 Documents of Benelux Office for Intellectual Property for The Added Value

The Added Value is an installation presenting a series of 10 stainless steel boxes mounted onto the wall at the same height. The installation is explicitly meant to resemble Donald Judd’s canonical work Stacks (1964-1969). The top plates of the objects are metallic typographical facsimiles of Euro banknotes that will supposedly be used by the forger to produce counterfeit money. The resemblance to such an iconic work of art is used to camouflage the forger’s instruments. Recognizing it as art, functions as a decoy and allows the hidden tools to be transported between countries.

The Added Value is part of Fragments of a Conversation with a Counterfeiter. The project contributes to a discussion about the transformation and transportation of value, questioning the valorization of time and space in time of crisis. The series of new works derives from an assumed conversation between Diego Tonus and a forger (anonymous for practical reasons) revealing controversial thoughts related to contemporary systems that deal with the definition of value. Each artwork is the visual translation by the artist of this conversation manifested through the act of presenting objects, actions and words experienced by the forger within his practice of reproduction of value and ways of transporting it, hacking system of controls and dealing with the definition of individuality. Each artwork is presented in co-authorship with the forger. Tonus approaches the thoughts of the counterfeiter as if they were his intellectual property, questioning the ‘counter’ of counterfeiting and appropriating his ideas.

In order to share the appropriated forger’s ideas with the international audience, to activate and perform them, the artist has registered the works as trade secrets at the Benelux Office for Intellectual Property. The validity of the trade secret is international and lasts 10 years.